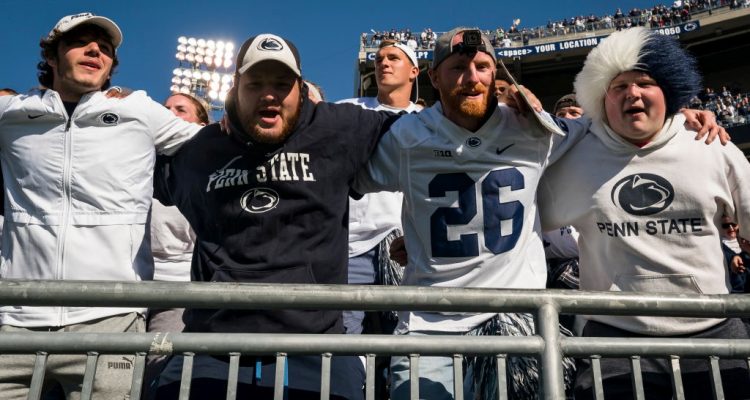 As the global COVID 19 pandemic rumbles on relentlessly, it continues to bend and shape our lives in ways we probably never considered possible when the virus first entered our consciousness and before it infected our communities.

Sport has not been able to escape its impact.

In the United States, the pandemic has ravaged cities and towns from coast to coast. Attitudes to the disease have become ideological trenches that have further divided a polarised electorate in a Presidential election year.

The footprint of the pandemic and the depth of the damage it has done can be seen in how it has upended much treasured American cultural rituals.

One of those is college football.

Billy Witz’s piece in The New York Times  is an exploration of how the absence of the season opener for Penn State at home at the 107,000 seat Beaver Stadium (twice the population of the town its situated in!) reflects a deeper loss to the community than just missing at day out at the football.

All over America, college football is a tribal gathering, a homecoming ritual for millions of Americans whose defining experience and whose identities are deeply connected to their alma mater.

This season, there is no coming home. Just how the pandemic has changed America is writ large here.

You can’t help but wonder if the giant stands at Beaver Stadium will be an ocean of Penn State fans ever again.

Or if America will be the same country it was after the pandemic has passed.