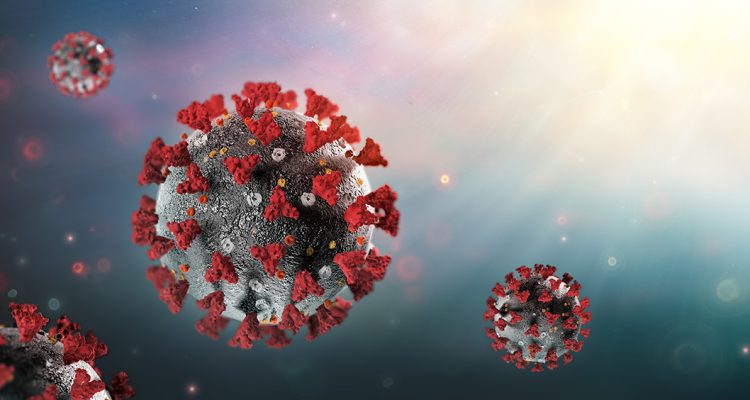 As the COVID-19 pandemic grips the world and lockdown life returns in my home town of Melbourne, Australia I thought I’d recommend some worthy sports books to help pass the time, find inspiration and broaden the horizon.Those who know me won’t be surprised to see a football flavour, but it is the most popular sport on earth and has so many rich stores to unpack in a way only sports writing can do. 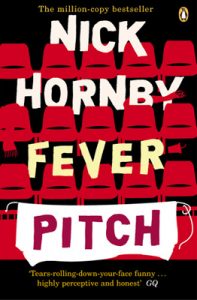 Hornby could not have imagined that his book would be relevant to the football fan’s experience so many years after it was first published. These days it is hard for fans to follow Hornby’s best piece of advice — be seen reading the papers’ back pages on the first days of a new job, to attract fellow supporters — but he absolutely nails the inexorable pull of football fandom. It does help if you are an Arsenal fan, but the messages, experiences and motivations are transferable. This is one of my favourite reads and always transports me to the terrace, something that in lockdown resonates. 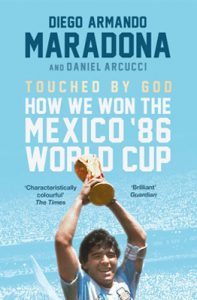 “This is Diego Armando Maradona speaking, the man who scored two goals against England and one of the few Argentines who knows how much the World Cup actually weighs”.
I simply can’t get enough of Diego Armando Maradona. In June 1986, Diego Maradona hoisted the FIFA World Cup above his head. Since then, Argentina’s World Cup victory has become the stuff of legend, particularly their infamous victory over England, in the shadows of Argentina’s humiliation in the Falklands War. That match featured arguably the best goal in history, Maradona’s “Goal of the Century”, and the worst, the notorious “Hand of God”. Argentina’s victory came after months of struggle and discord within the team, including the Argentine government’s attempt to remove the team’s management, a lack of equipment that forced the players to buy their own uniforms, and an argument that caused the team’s captain to quit on the eve of the tournament. Now, thirty plus years after Argentina’s magical victory, Maradona tells his side of the story, vividly recounting how he led the team to win one of the greatest World Cup triumphs of all time. 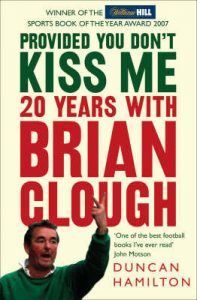 Provided You Don’t Kiss Me
By Duncan Hamilton (2006)

Brian Clough’s reputation is enough to spark the interest of any football fan. Duncan Hamilton writes, “a spurious intimacy evolves between you,” of the relationship between a football club reporter and the club’s manager. In his case, from the age of 18 for two decades in Nottingham, with Clough, “an extraordinary journey with a contradictory, Chinese box of a man — idiosyncratic, eccentric, wholly unpredictable.” Clough’s one-liners are legendary and incapsulates an iconic time in English football, for example, on a time before blanket player representation: “the only agent back then was 007 — and he shagged women, not entire football clubs.” Hamilton’s poignant, revealing book on the legend that is Clough is a wonder. You will love it.